Room clearing as a team is arguably one of the most critical maneuvers of close quarters battle (CQB). Here’s a flexible (and above all pragmatic) standard for room clearing that all gamers can rely on. 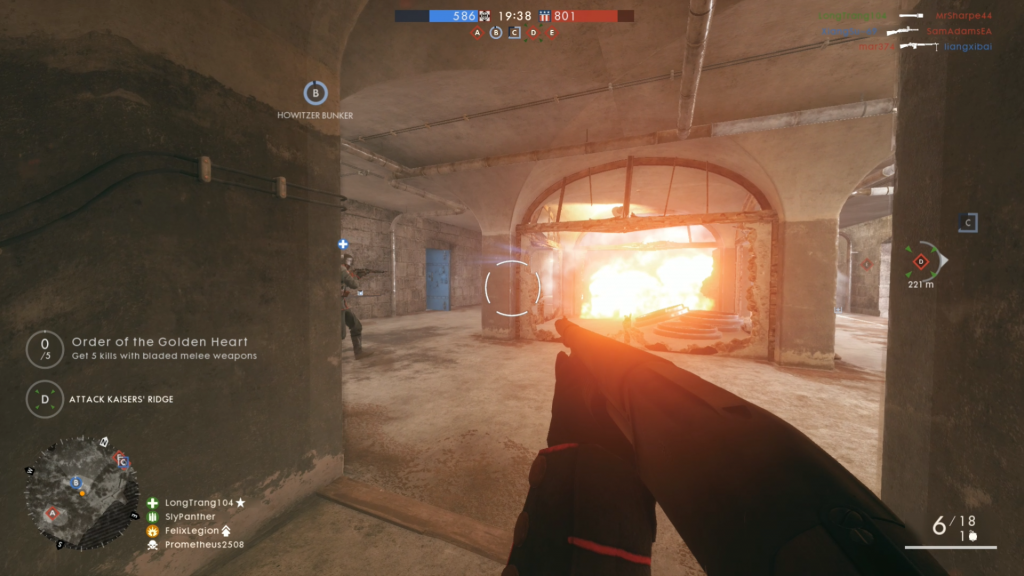 In pursuit of a standard for gamers to use for room clearing, our method aims to be as universal and effective as possible. Each step is intended to keep the situation optimal whether or not all players are aware of them. Secondly, they begin and end with common sense, which mitigates risks caused by player mistakes or game-specific interactions. Finally, you might notice we borrowed certain characteristics from published doctrine of both Delta Force and SEALs – we aren’t out to reinvent the wheel and these guys are the true professionals.

Our three steps for room clearing for gamers:

Step 1: First person to the doorway takes point, second person follows their lead. Only two players should enter a room at any time.

(Click to expand for more details)
It’s rare to ever need an entire fire team stacked on a door and trying to time their entry. You’ll likely bump into each other on the way in or all find yourselves taken out by a single grenade or machine gunner lying prone in a corner (The latter probably because your opponent watched for a full minute as your team neatly lined up and whispered to each other in an attempt to coordinate flashbangs or who goes to which side.).

The goal here is to keep it fast and minimize the amount of coordination necessary. You have the best possible chance to read another player in a scenario where you might be teammates but you don’t share voice communications. In the second position, it’s serious a faux pas to rush in front of, fire through, or toss a grenade ahead of the lead player.

Step 2: First player should quickly use the “slice the pie” technique across the doorway, checking as much of the room as possible especially the near corners.

(Click to expand for more details)
If there’s a closed door, you don’t have the luxury of pieing the doorway without giving away the element of surprise – this is the first person’s call to make. At this point your team will either come under fire or prepare to enter. Pieing is natural to the flow of most games and offers you the best possible odds for surviving a gun battle as you can still dictate your movements and avoid being bottlenecked.

Alternatively, this is the point the first player can elect to use a flashbang or frag grenade prior to entering. (Hint: bounce it off the back wall, preferably the right side.) Of course at this step the second player must recognize that the first player may be unaware/uninterested in using any tactics and choose to do none of these things, thereby skipping this rule entirely.

Step 3: As the first player enters, the second player follows close behind and always clears the corner opposite the first player. Both players clear the rest of the room by moving to their nearest corner, then sweeping the room outside in.

(Click to expand for more details)
Repeat all steps as necessary. Now there are two scenarios for how the room clearing plays out: Ideally the first player goes right and the second player goes left (or vice versa). In the event the first player – if not as methodical – chooses a direction straight ahead, the second player should choose left. Act swiftly and in a systematic fashion.

Why use this method?

At best, two players are afforded the opportunity to operate in sync improving the chance of catching their opponent(s) off guard in mass. At worst, one player abides, the procedure works part-time, and you’ve at least given yourself the best possible chance to succeed.

Sure, you and a friend might have it down to a science after years of playing together, but what happens when you find an outsider running within your ranks? Consider also that the pace of CQB in games occurs much more quickly and unpredictably than real life to simple borrow what the professionals do. Relying solely on tactics grounded in real life will lead to as many failures as successes.

Oh, one last thing. The more players that adopt it the better everyone’s chances become. It takes two to teamwork.

A final note on room clearing:

Something to remember in the heat of room clearing: “If you’re wrong, stay wrong.” In other words, if you burst through the door and you accidentally go straight, you forgot to reload, or your gun jams, don’t run backwards and clog up the doorway. And definitely don’t bunny hop back across the room in front of another player’s fire…

Instead, stay wrong so as to be predictable for your fellow teammates and avoid threatening overall team success. Credit to extremesealexperience.com for providing the insight for this note specifically.